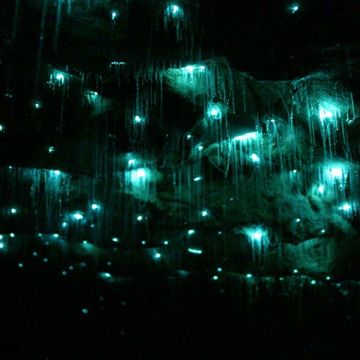 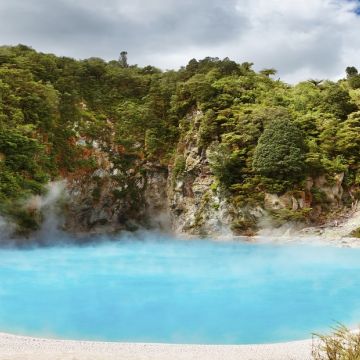 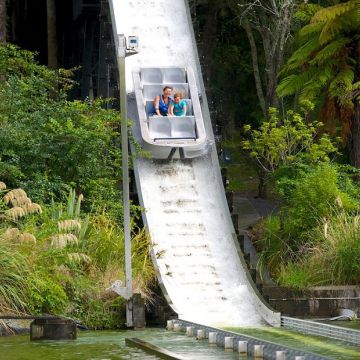 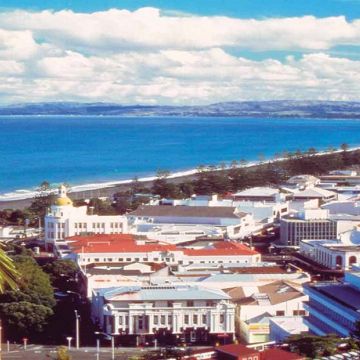 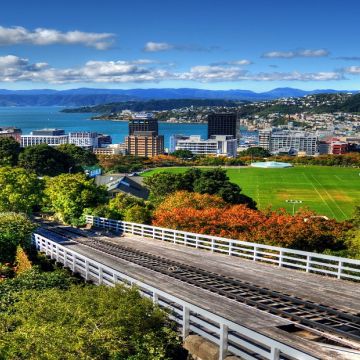 On arrival at Auckland Airport, the ‘City of Sails’. you will be met and transferred to your hotel. Overnight at Hotel.

Join your coach to commence a half day tour introducing you to the sights of Auckland. Travel through the city centre, past iconic Karangahape Road and the stylish suburb of Ponsonby, and over the Auckland Harbour Bridge, enjoying views of the Hauraki Gulf and city skyline. Visit the Viaduct Harbour, home to America's Cup racing for many years, and the central city's main road Queen Street, before continuing to the Auckland Domain. Developed around an extinct volcano, the Domain features 75 hectares of open spaces, tropical gardens, duck ponds and public art, and is home to the Auckland War Memorial Museum. The tour continues to historic Parnell Village, where you can explore this boutique shopping area during an afternoon tea stop. Next, travel the stunning waterfront route of Tamaki Drive to Michael Joseph Savage Memorial Park, above Mission Bay. Named after one of New Zealand's greatest and most popular Prime Ministers, the park with its formal gardens and tranquil atmosphere offers a panoramic outlook over the picturesque Eastern Bays, Auckland city and the Waitemata Harbour. Tour concludes at approximately 12:30pm, at which time drop offs will commence. Rest of the time is free to explore Auckland at your own. Overnight at Hotel.

Board your coach to commence a day tour to Rotorua via Waitomo. Depart Auckland and travel through the lush farmland of the Waikato and King Country regions. Your experienced local driver guide will provide commentary and point out highlights along the way such as Rangiriri, where in 1863 a major battle was fought between colonial forces and those loyal to the Maori King. On arrival in the small town of Waitomo enjoy a guided tour through the world famous Waitomo Glowworm Caves, a series of limestone caves formed over 30 million years ago. Learn all about stalactites, stalagmites and other limestone formations as you walk through the caverns and finish the tour with a silent boat ride through the Glowworm Grotto - illuminated by thousands of tiny glowworms.Your journey to Rotorua continues, passing through the beautiful Fitzgerald Glade where trees arch over the road to form a tunnel of natural greenery. Tour concludes upon arrival in Rotorua  at which time drop offs will commence. Check in and the rest of time is free at your own. overnight at Hotel.

Join your coach to commence a Rotorua Sights half day morning tour. Experience Te Puia, a place of Maori culture and a thermal wonderland of impressive geysers and boiling mud pools before exploring Rainbow Springs Nature Park, which showcases native flora and fauna as well as the New Zealand Kiwi. Then see NZ's agricultural industry in action with a sheep shearing display and sheep dog trials at The Agrodome. Rest of the day is free at your own. Overnight at Hotel.

Check out from the hotel and reach the meeting point for your bus to Napier, the fruit bowl of New Zealand. The major entertainment on the road  is the fantastic scenery. There's a bit of everything - rugged hills, beautiful valleys, gentle plains and huge vistas. Drive through large tracts of plantation pine forest and enjoy the views of the unusual volcanic geography before reaching Napier. Check in and rest of the time free at your own. Overnight at Hotel.

his unique, fun eco-experience tour involves travel with local experienced guides on vintage tractors and trailers to the largest mainland gannet colony in the world. Departing on the days' low tide, travel along the majestically rugged coastline where photographic opportunities abound. Stops are made throughout the journey giving an insight into how nature's forces have shaped this amazing area. Travelling through the Black Reef colony (one of two colonies we visit) visitors can almost touch the gannets in their natural environment, without even stepping off the trailer. Continuing onto the Cape itself, an approximate 90 minute break enables visitors ample time to picnic, swim, or enjoy a scenic walk to the Plateau colony for stunning views across Hawke's Bay from the top of the Cape. The Saddle and Whalebone Reef colonies can also be viewed from here (but are inaccessible to the public). The gannets are present at the Cape from August to April of each year for the sole purpose of breeding. Depending on the season, you can view newborn chicks through to 4-month old gannets preparing for their first ever flight, which will take them all the way to Australian waters. Overnight at Hotel.

Pass through Hastings on the first leg of the journey to Wellington. Like Napier, Hastings was devastated by the 1931 earthquake, so has plenty of Art Deco and Spanish Mission-style architecture to see. On the way south, drive through the rural service towns of Waipukurau and Waipawa - both have historic buildings to view. Dannevirke was originally settled by Scandinavians. Further south, see the turbines of the Tararua Windfarm on the neaby ranges. Just before Palmerston North is the Manawatu Gorge. One of New Zealand's largest provincial cities, Palmerston North has an attractive historic heart - a stop is made here for refreshments (at own expense). The onward journey passes through Shannon and Levin, and offshore from Waikanae is Kapiti Island, a nature reserve for close encounters with rare birds. Wellington, the capital city of New Zealand lies at the southern end of the North Island.  On the shores of a magnificent harbour and surrounded by the rugged beauty of green hills, it is one of the most scenic cities. check in and rest of the time free at your own. Overnight at Hotel.

Join your Sightseeing vehicle at Wellington I-Site to commence a Wellington City Sights and Coastline Tour. See Wellington through the eyes of a local on this tour. Experience the best attractions and must see landmarks of this vibrant city and get off the tourist trail. Gain a 360° view of the city from Mount Victoria, experience the rugged south coast seas and explore interesting quaint villages throughout the city. Take a ride on the famous cable car (optional at own cost) but most of all sit back and enjoy Wellington at its finest!. Tour concludes approximately 3 hours after commencement, at Wellington I-Site. Rest of the time is free at your own. Overnight at Hotel.

Check out and transer to Wellington airport for your onward flight.